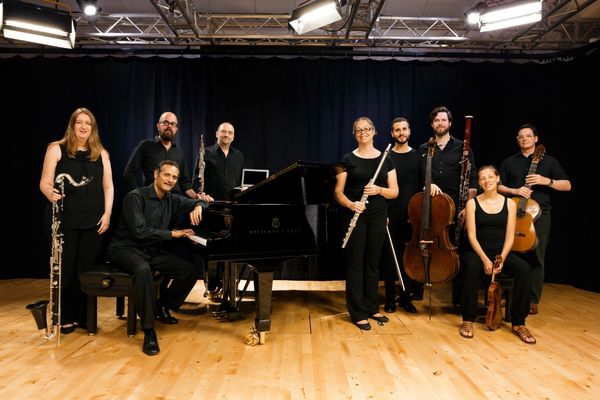 rarescale is a flexible-instrumentation contemporary chamber music ensemble, which since its formation by Carla Rees in 2003 has gained an international reputation for its work promoting and creating new repertoire for alto and bass flute.


The inaugural rarescale performance took place at the Reid Hall in Edinburgh in August 2003 as part of the Edinburgh Festival Fringe, with music for alto flute and piano performed by Carla Rees and Kerry Yong. Since then, the group has expanded to include diverse instrumentation, including electronics, guitar, cello, soprano, cor anglais and bass clarinet.

The group performs regularly in the UK and abroad and has international links with several composers. UK performances have included the group's own annual Premiere Series in London, recitals in Birmingham, Leeds, Manchester and Sheffield and appearances at the British Flute Society’s International Conventions, Huddersfield Contemporary Music Festival, Dartington International Summer School, Edinburgh Festival Fringe and at the UK Microfest Festival of Microtonal music. International performances include at the National Flute Association of America Conventions, Sonic Circuits Festival in Washington DC, Spark Festival in Minneapolis, International Flute Festival in Provence, France and recitals in New York, Los Angeles and San Francisco. Members of the group have also given workshops and masterclasses for the National Youth Wind Orchestra of Great Britain and First National Flute Choir Day, as well as at universities and music colleges in the UK and USA, including the Juilliard School, Manhattan School of Music, University of Southern California, UCLA and the Royal Academy of Music.

In 2007 the group expanded further to incorporate rarescale Flute Academy, a training ensemble for university level flute players to enable them to learn about performance techniques on the alto and bass flute and to gain arts management experience.

rarescale runs an annual masterclass course for composers and instrumentalists, records for its own label, rarescale records, and many of the works composed for the ensemble are available through Tetractys Publishing.

For further information please see our website at www.rarescale.org.uk
Next
Previous